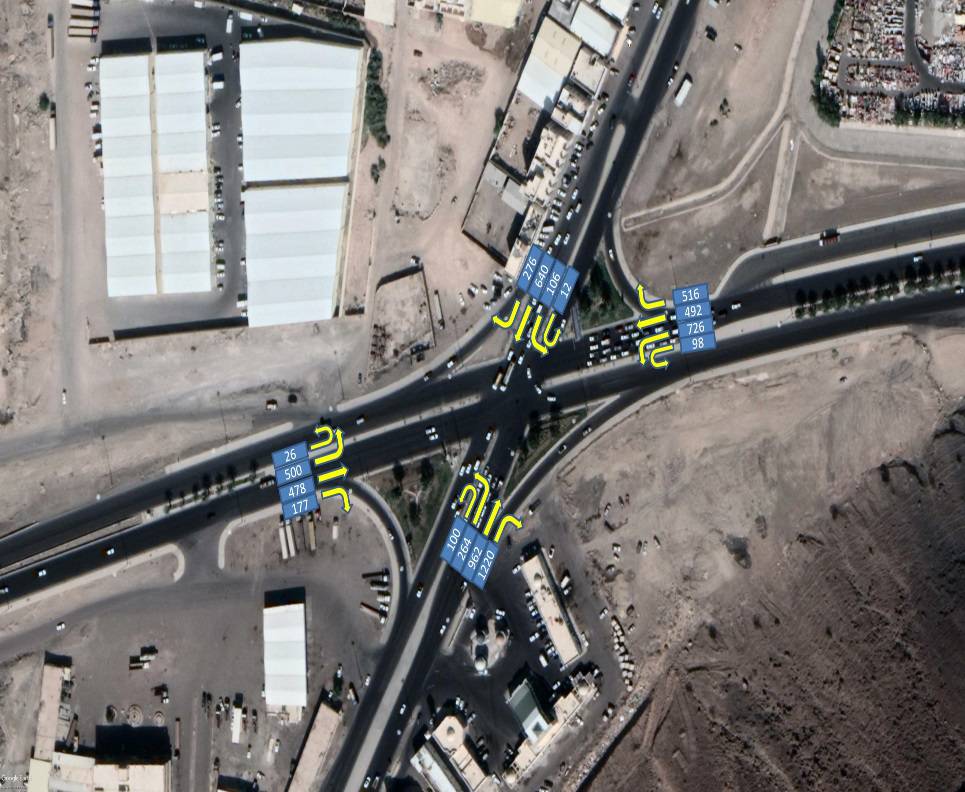 Located at the very north of Al-Madinnah, and acting as the access point to the city’s largest Market for second hand goods (Al-Haraj), this four legged intersection is characterized with significant delay times during peak hours. Consequently, a number of solutions were proposed and assessed independently of one another.The first two solutions proposed converting the intersection from its existing 4 phase signal to a 3 phase signal by either prohibiting left turning movements along Prince Naif Road and Othman Ibn Affan Road respectively. Another solution proposed adding a bridge along prince Naif Road which is best for long term operations though costly, while the final solution was to convert the intersection to a RI/RO configuration with supplementary u-turns.